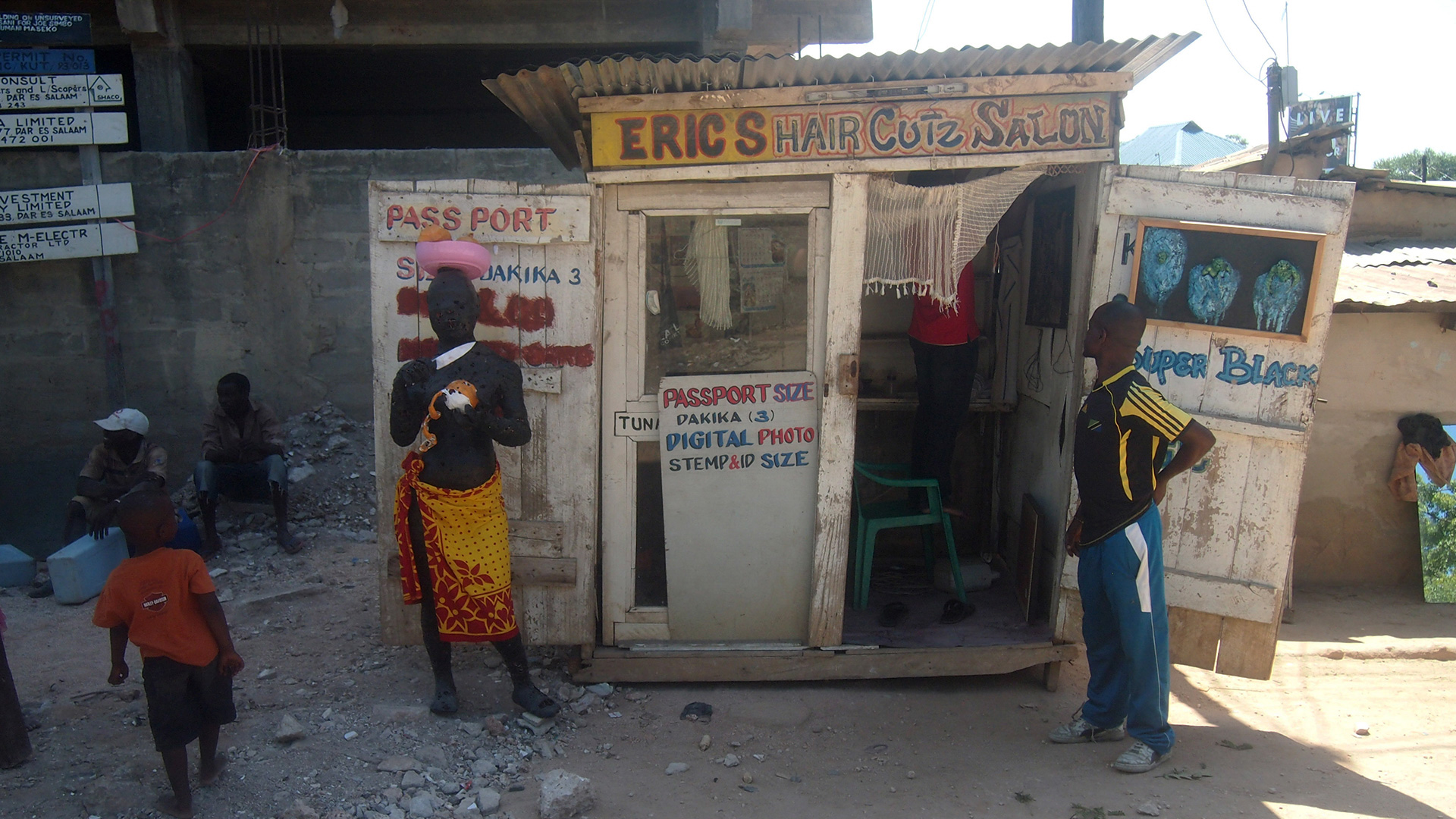 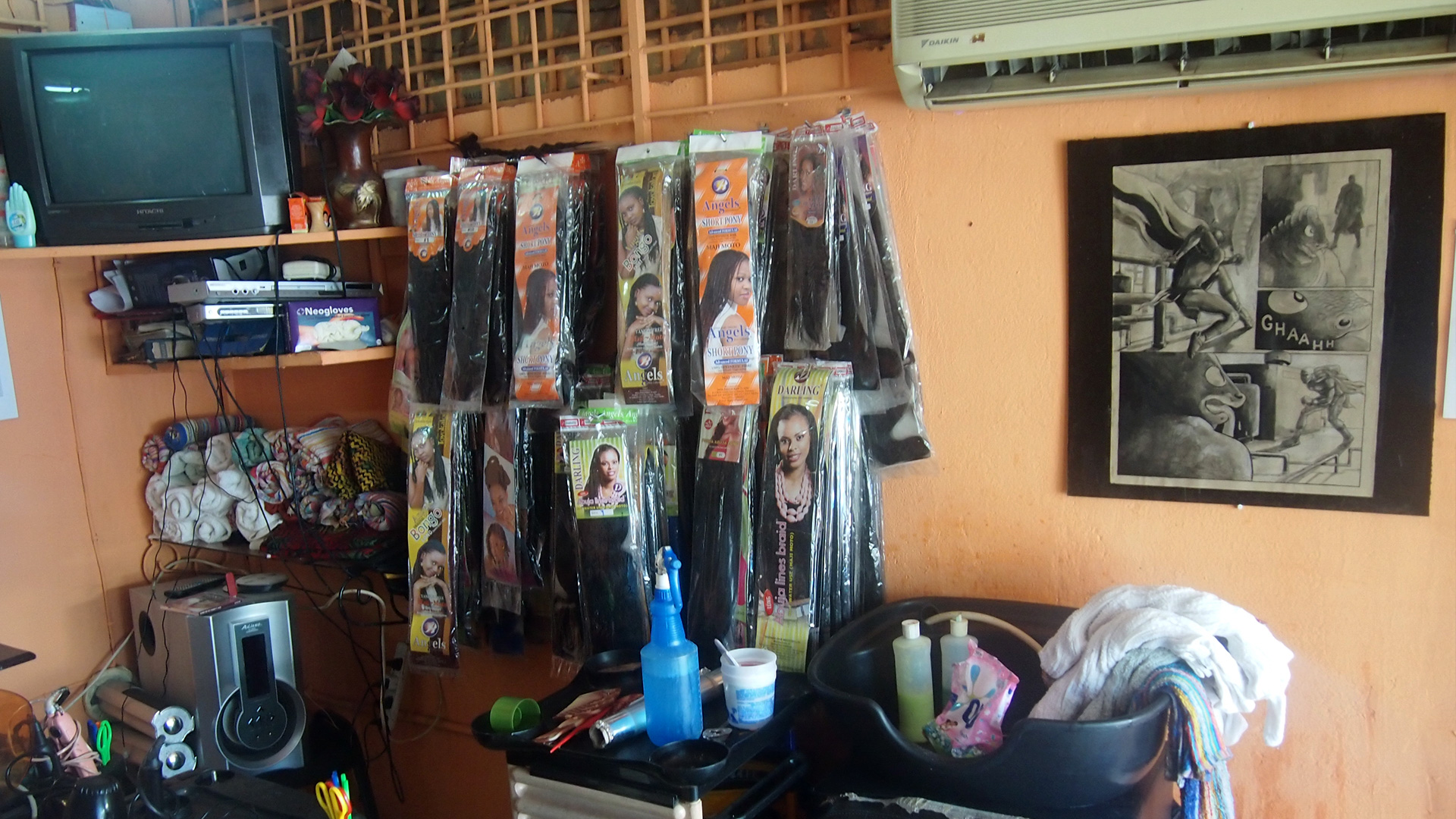 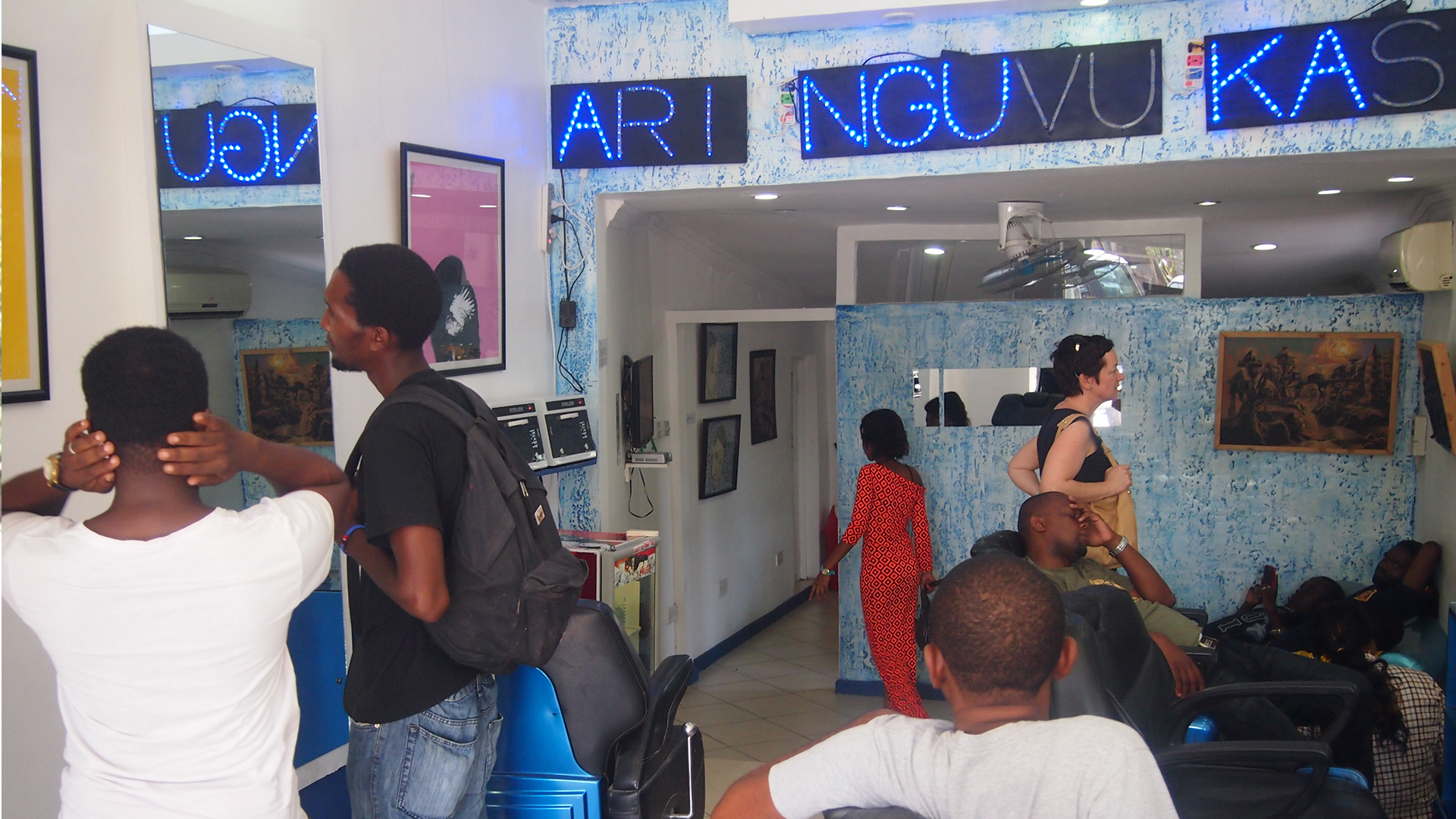 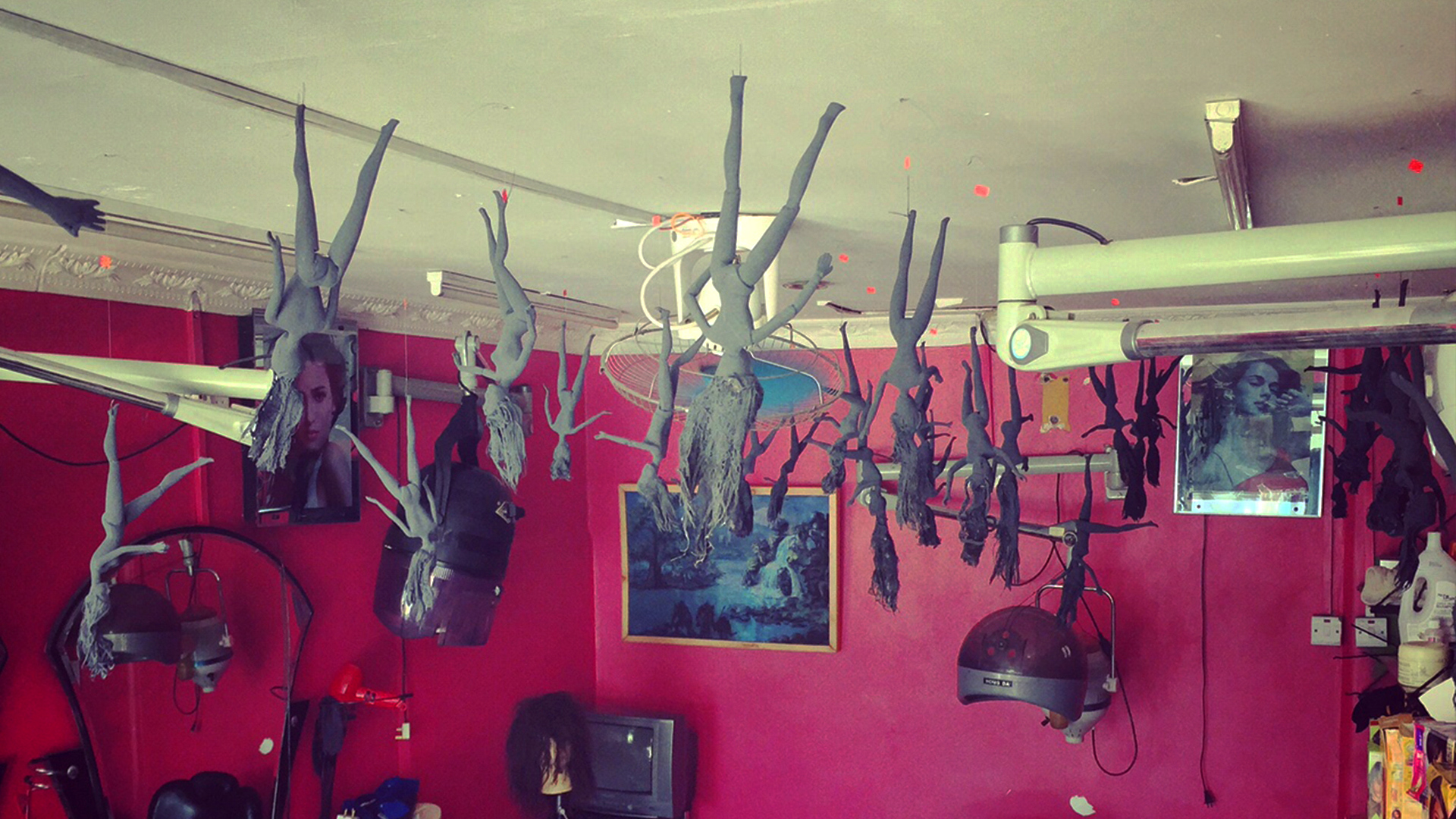 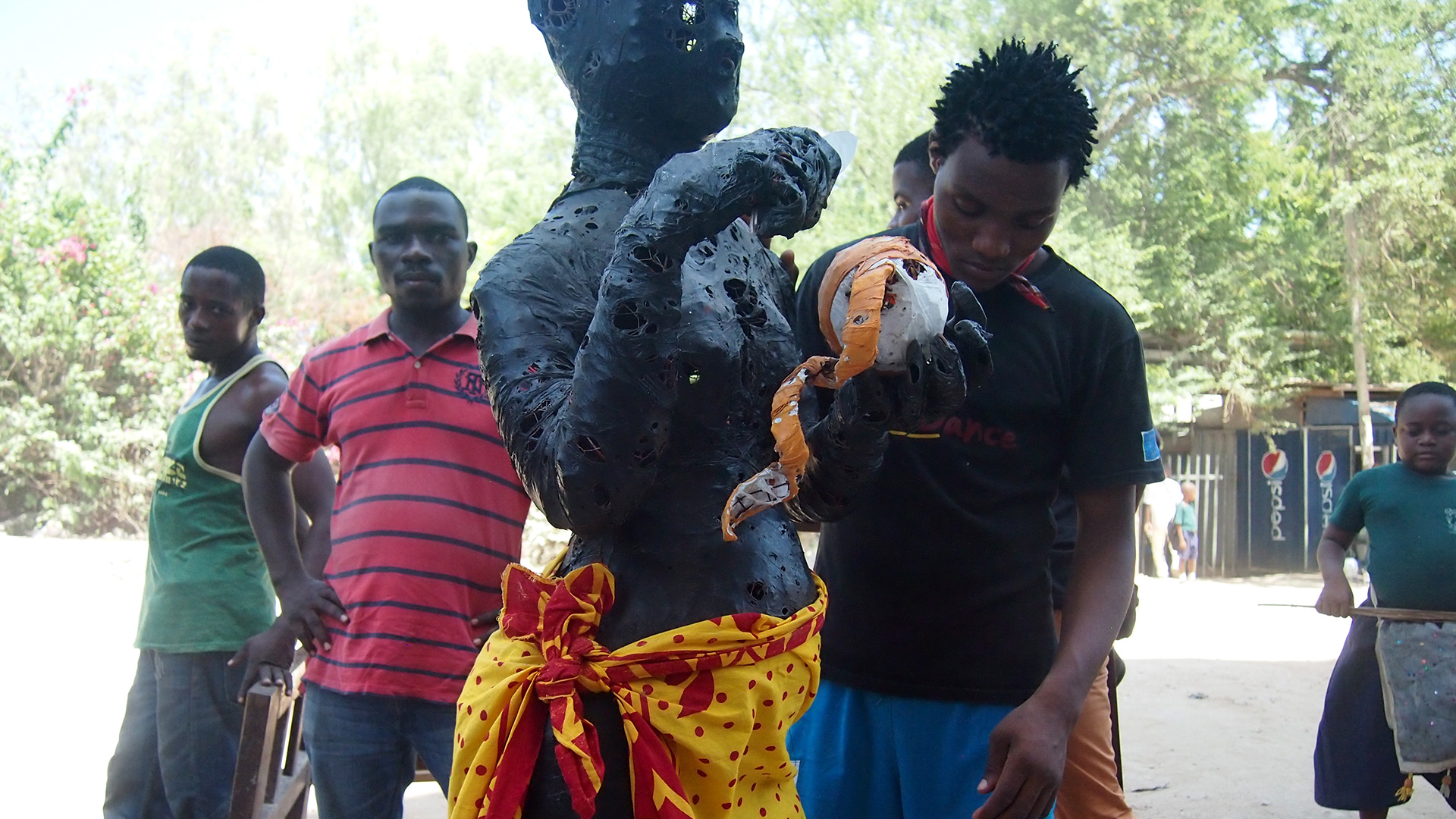 Beauty Salon and the Beast

‘Beauty Salons and the Beast is a brainchild of two artists: Rehema Chachage and Jan van Esch. The idea developed as a response to a trend noticed in Tanzania: that attending art exhibitions is not really a tradition for most Tanzanians….We concluded that perhaps the only effective way to reach more of the public would be to borrow from the Infecting The City methodology and experiment with ‘pop-up’ art exhibitions in public spaces that draw a big concentration of Tanzanians. We say, ‘If they won’t follow the art, let the art follow them’… Like an increasing number of artists today, the artists selected for Beauty Salons and the Beast are interested in the public sphere and in questioning their role in society by using artistic media and creative expression to engage with communities to communicate, explore, and articulate issues of local significance. They employ this exhibition as a means to take art outside of the four white walls that they are used to, to access viewers other than the traditional gallery goers, and to listen to alternative views on their ‘messages’ and ‘media’ so as to develop an ‘eye’ and ‘ear’ for local aesthetics and interpretation of contemporary art. Through their interventions, they want to challenge their audience to pay attention and perceive more deeply the environment that they occupy – the situation through which their interventions are received and the resulting discourse are key elements. In a way, these artists are assuming the role of advocates (through art) for alternative perspectives that challenge assumptions, beliefs, and community values…’ (excerpt text Rehema Chachage)