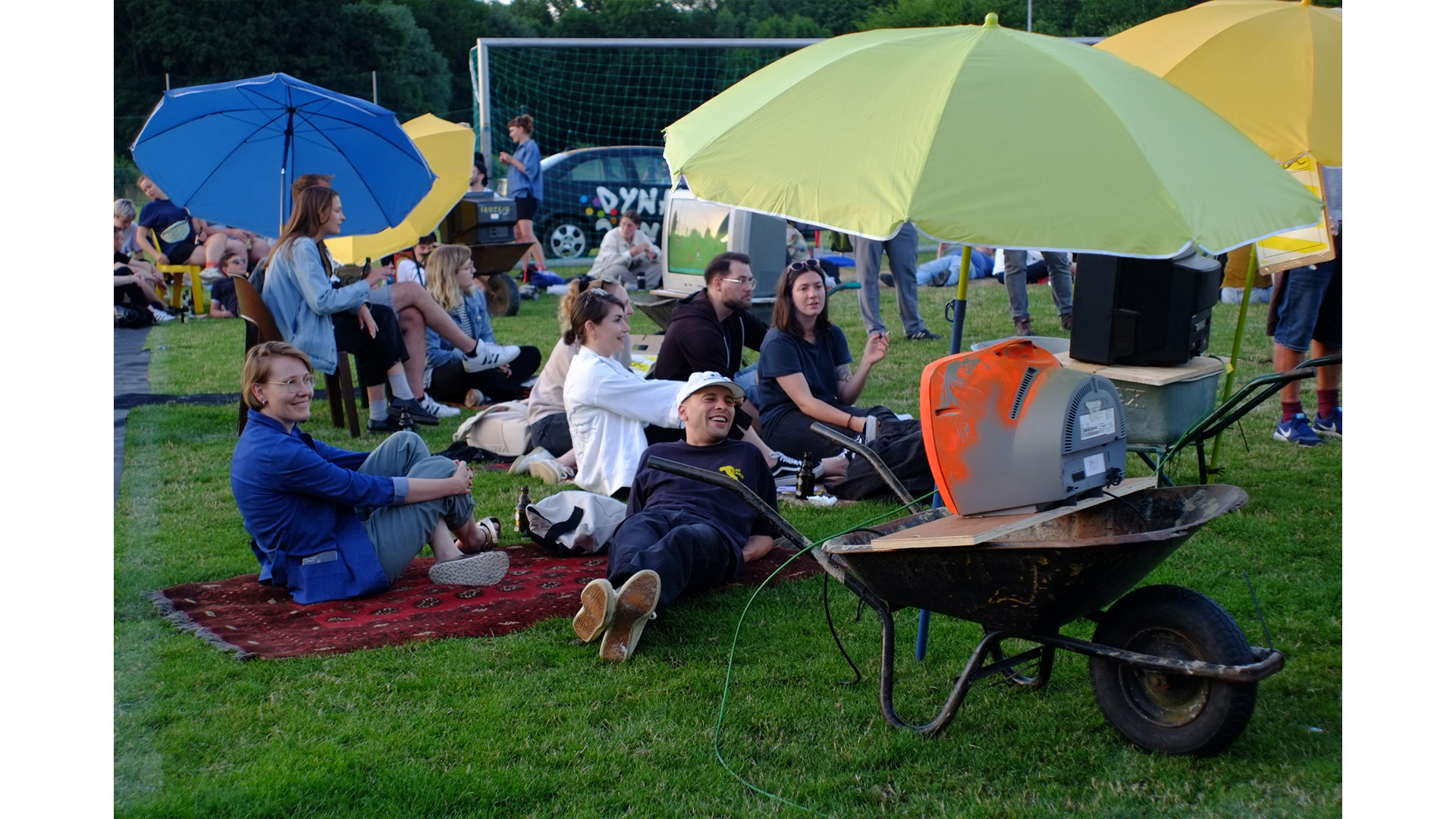 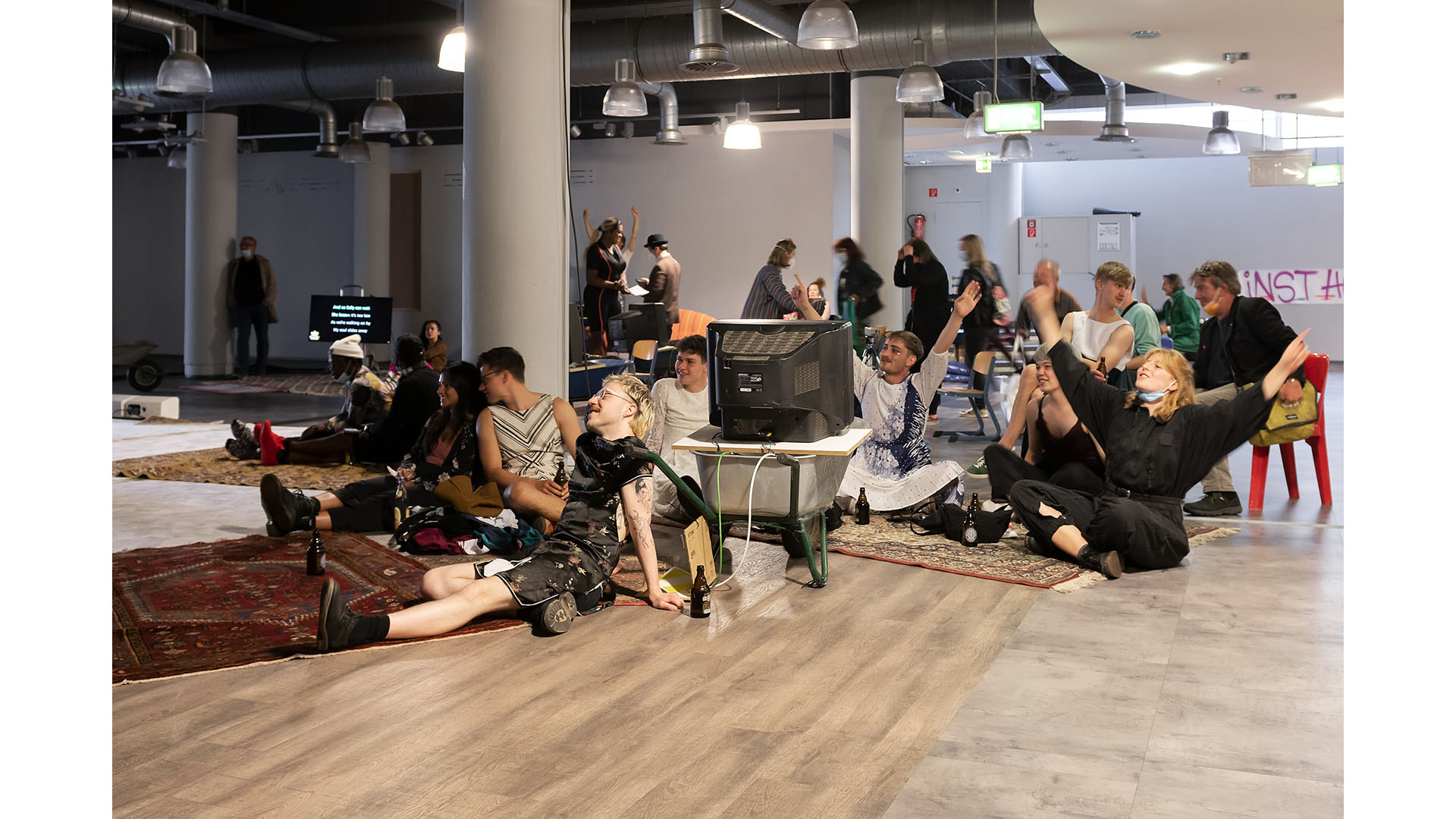 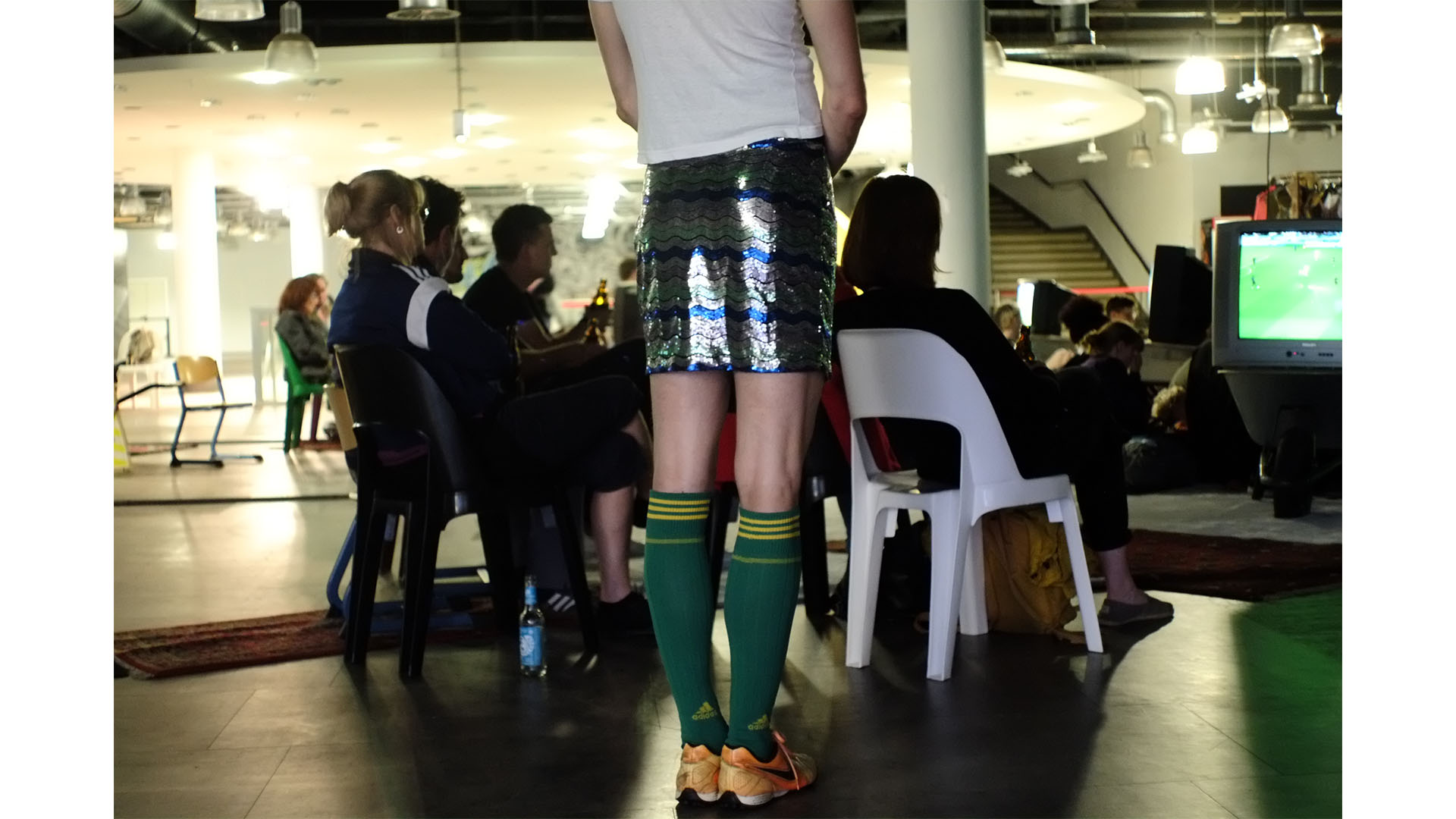 FUSSBALLABALLA is a non-commercial critical public viewing format of ZK/U – Center for Art and Urbanistics for the neighborhood that has been running during European and World Cup tournaments since 2014. During the event, football matches are screened in unusual settings and accompanied by a discursive program before, during and after the matches. This edition of FUSSBALLABALLA was co-curated by Matthias Einhoff and Jan van Esch and implemented from 2-11 July, 2011 as part of documenta fifteen in collaboration with Kassel initiatives Dynamo Windrad e.V., Streetbolzer e.V and the ruruHaus.