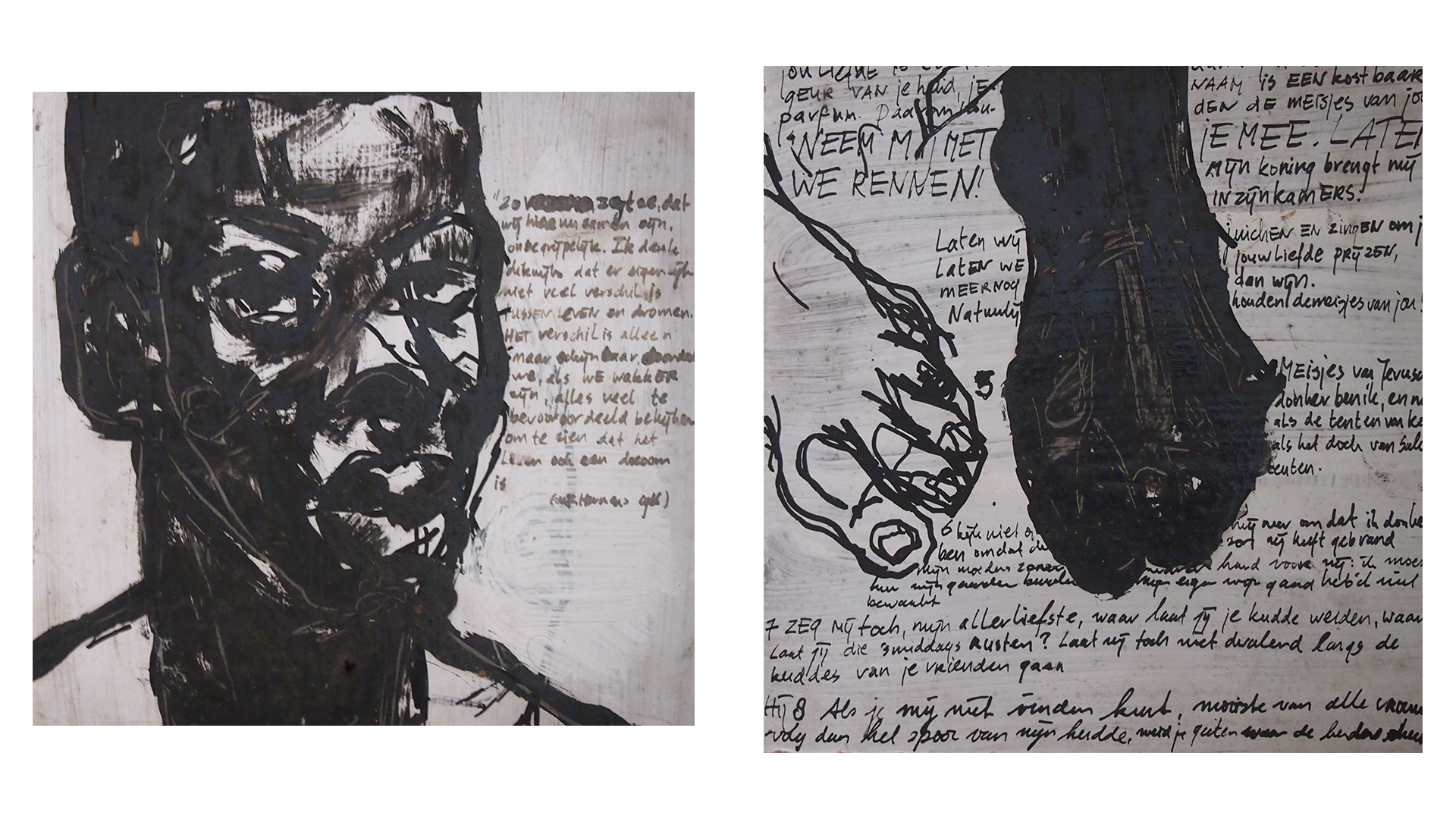 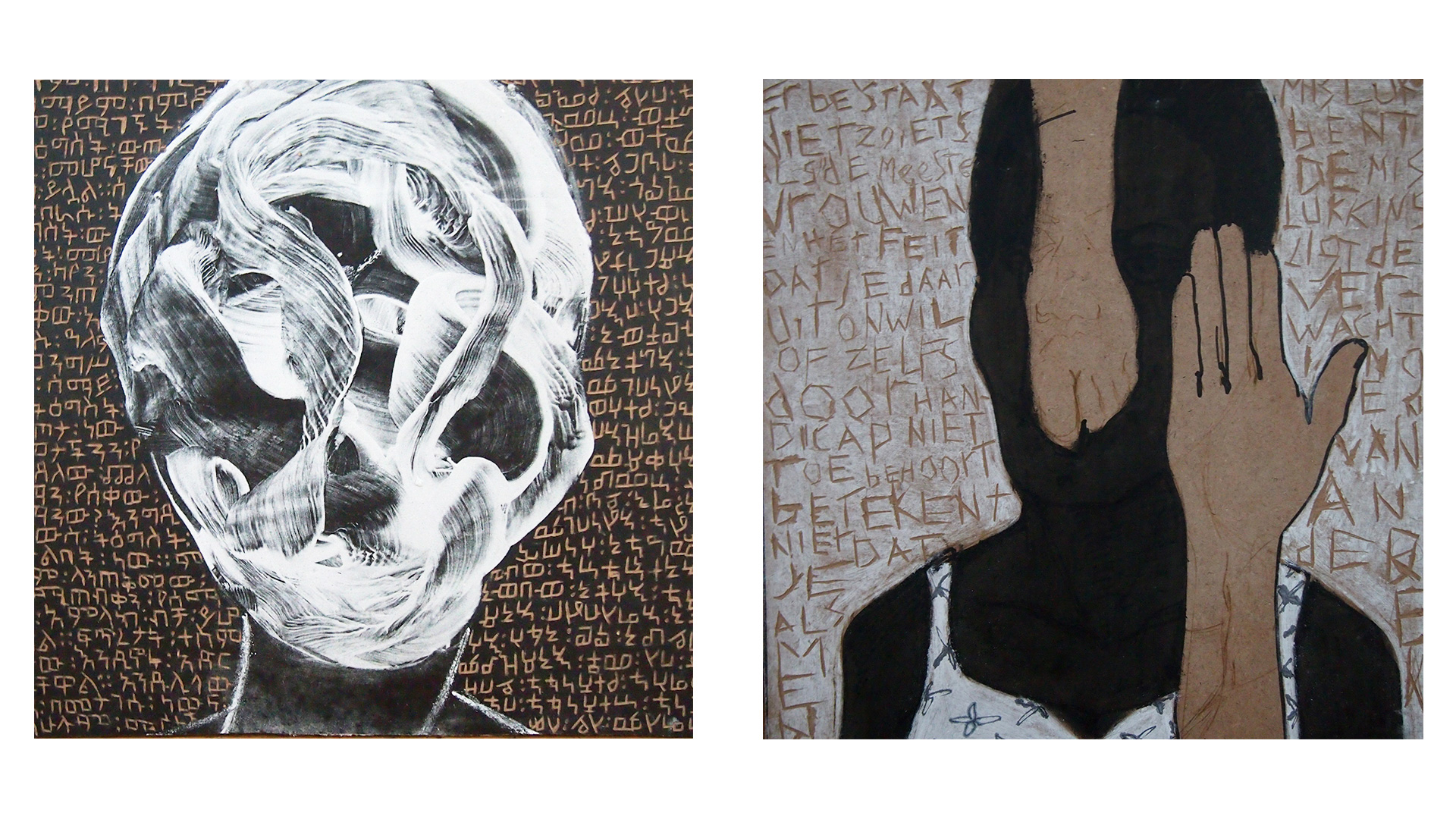 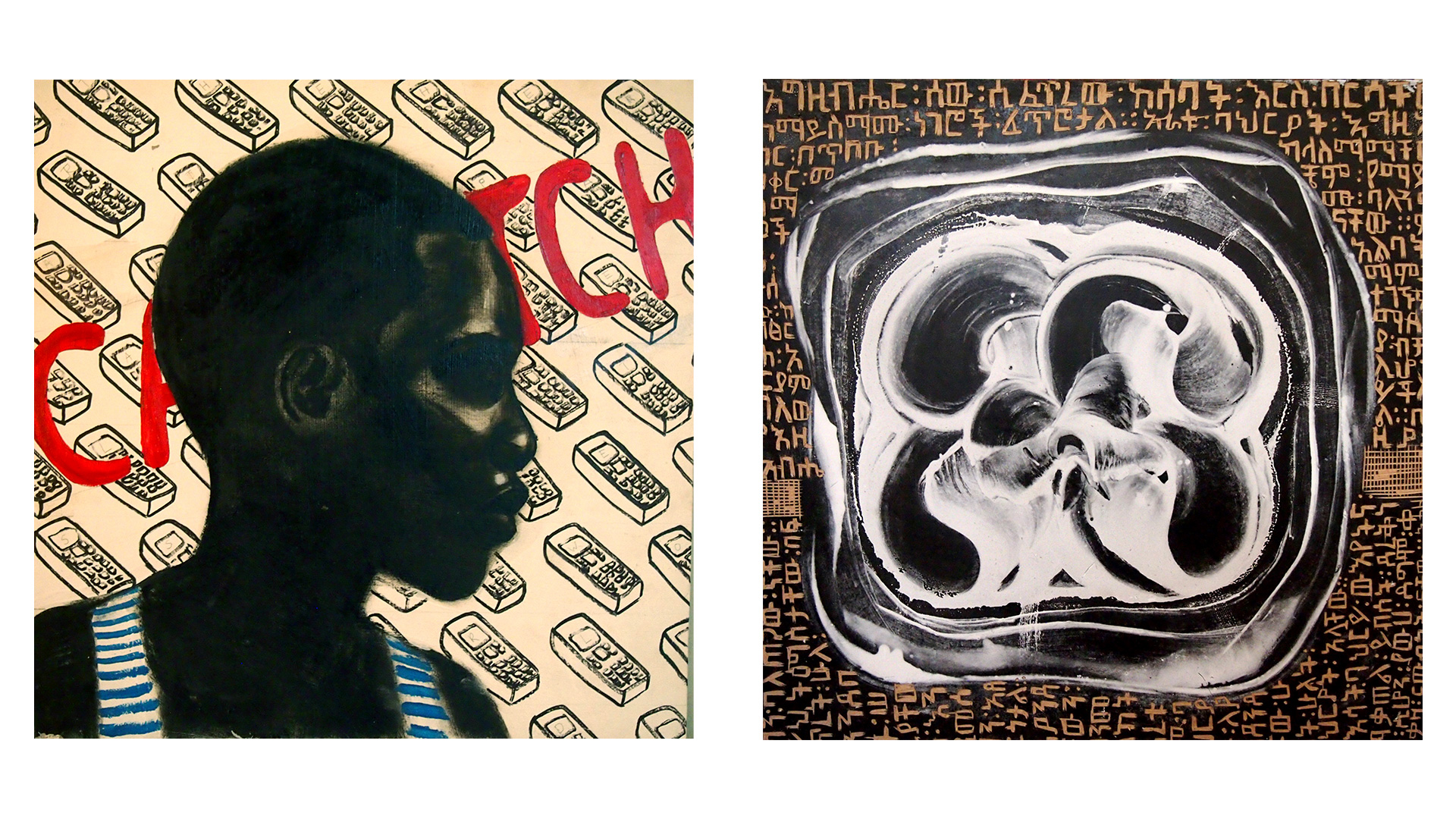 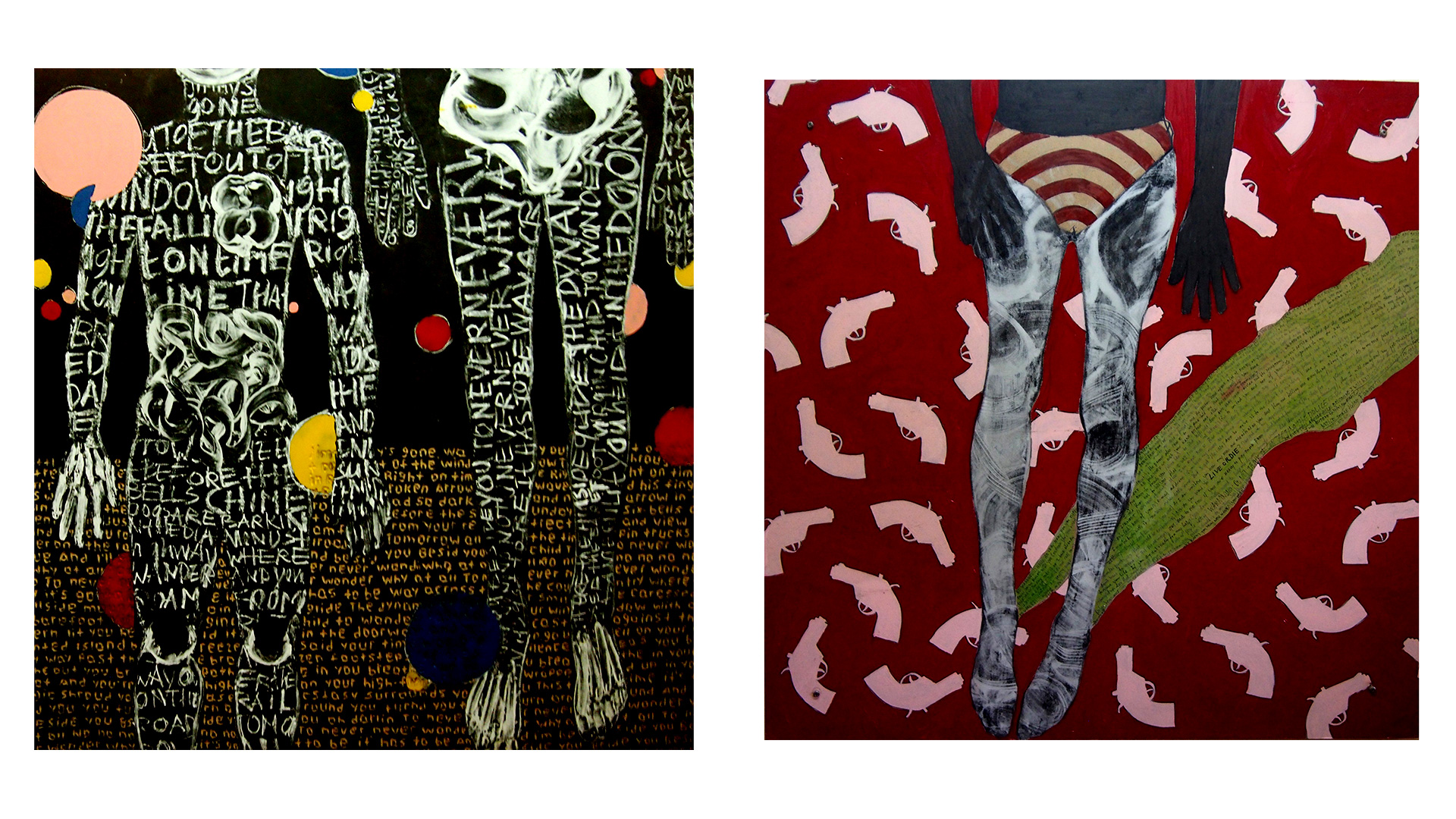 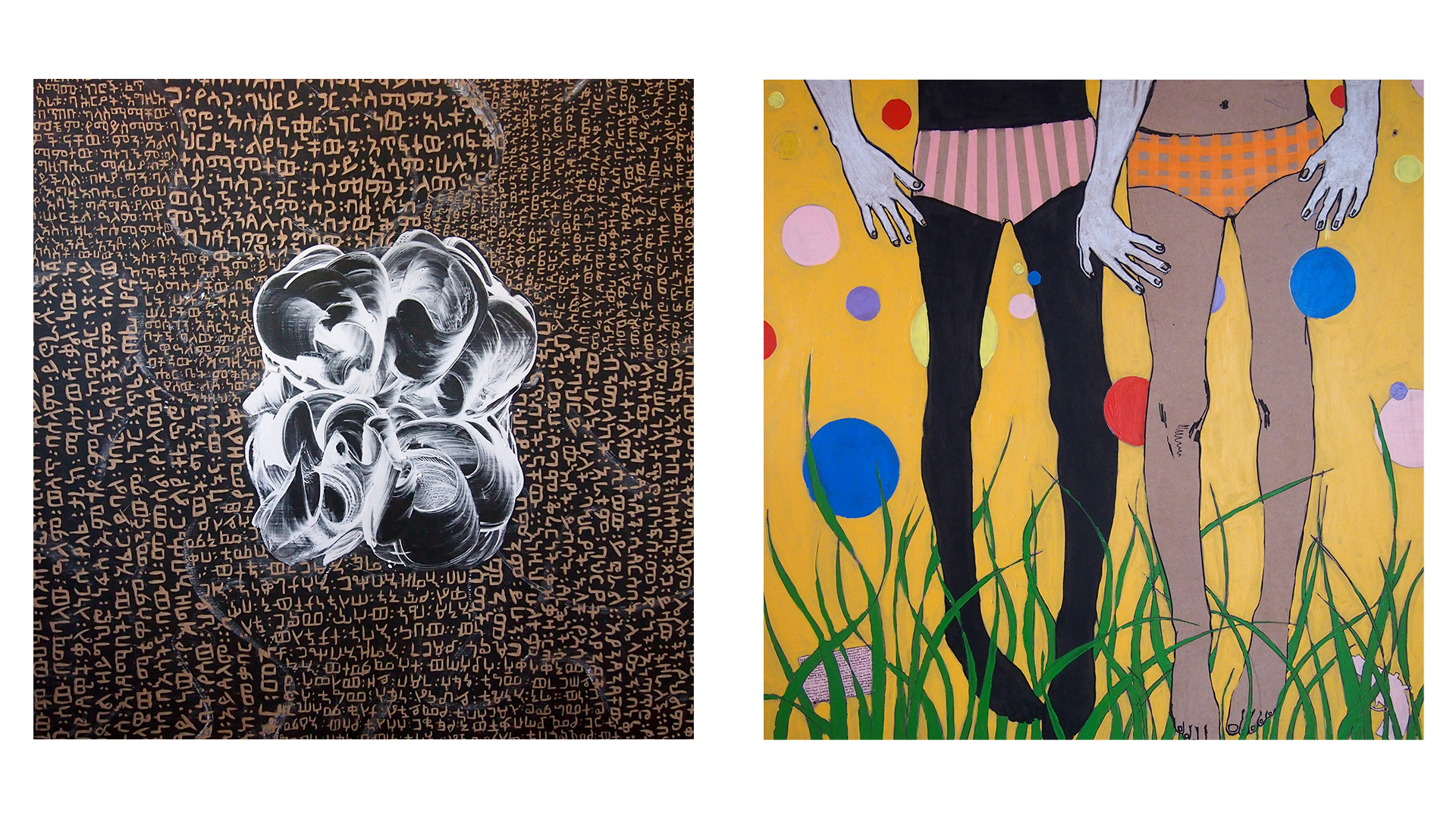 GraceFruit I - In and Out Life Stories

GraceFruit Project, a wordplay of the origins of its creators’ names Ephrem and Jan, started in Tanzania at Nafasi Art Space during Ephrem’s residencies in 2013 and 2014 and later continued in Berlin and there were there their roads cross. Ephrem Solomon is one of Ethiopia’s internationally most successful artists.

The works are a result of swap and continue, sometimes in one go, sometimes in several steps. In Berlin the collaboration  became part of the NipeNikupe//Giving and Taking project with performance and visuals

Works were shown at Alliance Française